Formula 1’s desire to attract new markets in the far East shows no sign of abating with the expected addition of Vietnam to the calendar.

But as I discovered on a recent trip to Valencia, Hanoi may have lessons to learn from the many circuits which have succumbed to the extortionate costs involved. 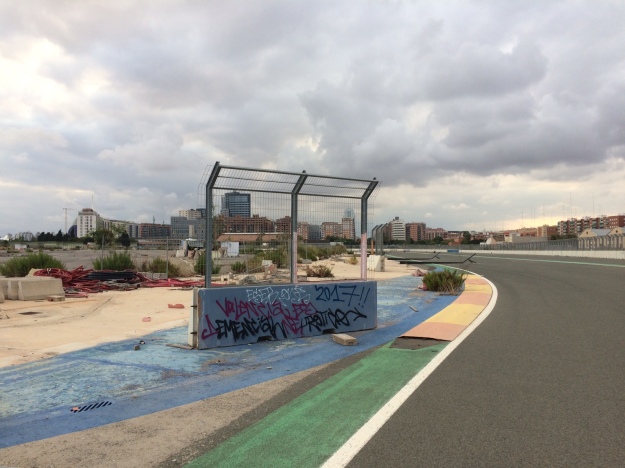 For five years it played host to one of the biggest sports on the planet, attracting crowds of more than 100,000 with millions more watching on TV around the world.

But where locals once roared their Spanish hero Fernando Alonso onto one of his greatest ever triumphs in 2012, Valencia’s beachside F1 track is now abandoned, crumbling like a sandcastle.

Strewn across the tarmac lies discarded catch fencing, broken lamp posts, old concrete bollards and smashed glass. A circuit once the scene of some memorable wheel-to-wheel battles and overtakes has been overcome by weeds. 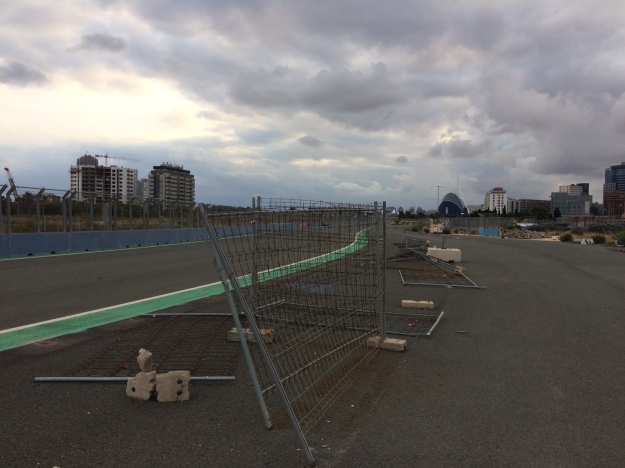 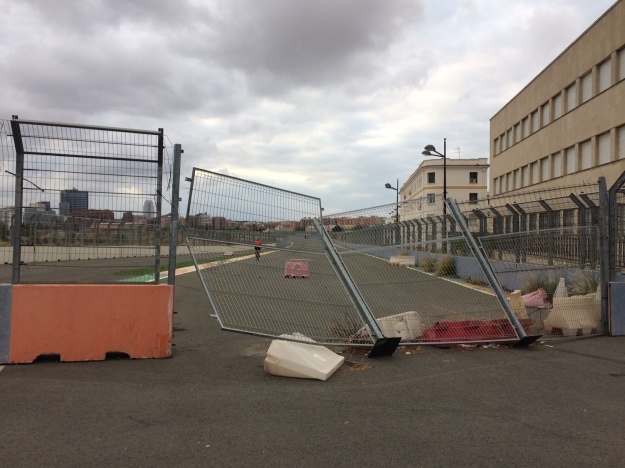 Turn 14, where the street-based part of the track joined the purpose-built section

In reality, Valencia’s once-gleaming F1 facility received little more love when it was on the calendar than it does now. Those on-track battles were few and far between. Critics blamed a poor track layout for failing to create great racing.

At its fifth attempt Valencia did, in fairness, come up trumps – Alonso putting in a breath-taking display of race craft to hustle his lacklustre Ferrari to a thrilling victory from 11th on the grid. It would be the Spanish city’s last hurrah in Formula 1.

Six years on, there are no new racing memories from this now-desolate wasteland.

2012 may have finally delivered a thriller, but in truth the money had long since run out.

A DHL sign lies uncollected at the edge of the circuit

Valencia’s struggle to make F1 work financially is nothing new. Many a circuit have had a go before the difficulty of breaking even, never mind make a profit, became rapidly apparent.

In the 21st century alone, five new circuits have been added to the calendar but since disappeared. Istanbul arrived on the scene in 2005 at a brand-new purpose-built track which cost $250 million to build. But it took two hours to get there from the city and failed to generate enough local interest. After hosting seven Grands Prix a financial dispute led to its contract being terminated and the government refusing to approve any more races on the grounds of cost.

The story was much the same in South Korea – a brand new, purpose-built facility more than 200 miles from the capital Seoul that was difficult to reach due to a lack of suitable infrastructure.

In India, another new F1 track popped up on the outskirts of the capital New Delhi at a reported cost of more than $400 million.

But problems soon arose. Only three years into a five-year contract, Indian officials and F1’s former ringmaster Bernie Ecclestone couldn’t reach agreement over what time of year the 2014 event would take place.

A big drop in ticket sales after the inaugural 2011 event was compounded by the Uttar Pradesh government deciding to levy the taxes on the sport’s governing body, the FIA, for hosting the event. Why? Well, ironically, they classified Formula 1 as “entertainment” rather than sport. That meant organisers having to pay tax and duties on everything connected with the race, with fans also being required to pay an entertainment tax on tickets. Unsurprisingly, F1 never went back.

Since the American firm Liberty Media took over the sport ahead of the 2017 season, it has failed to add a new event to the already-bulging 21-race calendar. But it’s expected that will soon change in 2020 with the addition of Vietnam to the schedule. It’s thought a deal could be announced within weeks. 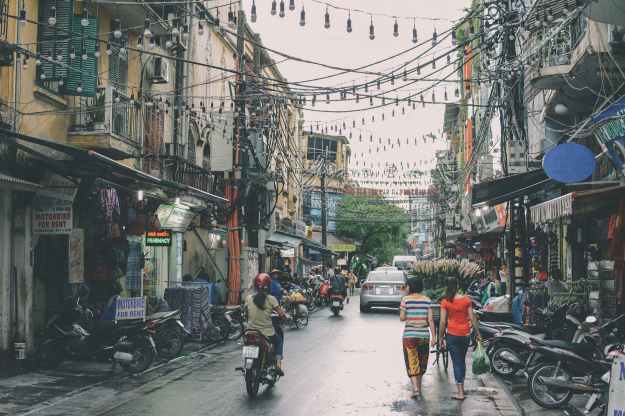 The new Vietnam circuit is expected to be on the outskirts of Hanoi. Photo by Huy Phan on Pexels.com

The venue is believed to be around seven miles west of Hanoi and will be partially street-based, unlike the purpose-built facilities which failed in Turkey, India and South Korea but very much like Valencia.

Without any Vietnamese drivers on the grid, never mind a native double world champion like Spain’s Fernando Alonso, Hanoi has a tough task on its hands to keep its Grand Prix longer than many circuits which have come and gone before.